Meet the experienced and friendly doctors and staff who make Main Street EYE CARE the leading provider of vision care products and services in DuBois. 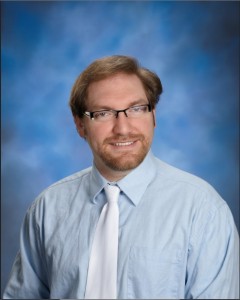 Dr. Christopher T. Shaw joined the practice in 2013 after receiving his doctorate degree from New England College of Optometry in Boston, MA.  While at NECO Dr. Shaw received honors in community health, pediatrics, veterans affairs, and specialty contact lenses. Upon graduating he also received the “Eschenbach Award for Excellence and Aptitude in Low Vision”.

Before NECO Dr. Shaw received his bachelors of science in Biology with a minor in Psychology from Juniata College located nearby in Huntingdon, PA. While there he received the Calvert Ellis scholarship, was a member of the ßßß National Biological Honor Society, and received the “Distinguished Service Award” for his active participation in the Health Occupational Students of America in which he played an integral part in setting up a pet therapy program at a local nursing home.

Since moving to DuBois Dr. Shaw has been an up and coming member in the DuBois community. He has served as secretary, vice president, and president for the Jaycee’s, serves as the vice president of the Downtown DuBois Revitalization Committee, is a member of the Chamber of Commerce, and does adult ceramics and metals classes at the Brockway Center for Arts and Technology. He has also continued with his hobbies of  baking (won multiple blue ribbons in the Clearfield County Fair), hiking, fishing, and amateur entomology. 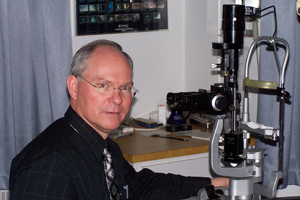 Dr. Milliron has also been active in the community serving and holding offices on several boards including the DuBois Lions Club, DuBois Little League, North Central Pennsylvania Cerebral Palsy Association, the DuBois Jaycees, and others. He has also been active in his Church serving as a parish council member, a Eucharistic Minister, and serving on the Bishop’s Erie Diocese Stewardship Advisory Board.

He resides in DuBois with his wife Kathy who is a registered nurse at DRMC. They have two sons Matthew and Michael. Matthew and his wife Bess are both physicians and have four children including triplets. Michael and his wife Natalie live in Florida.

You can schedule your next appointment with us online!